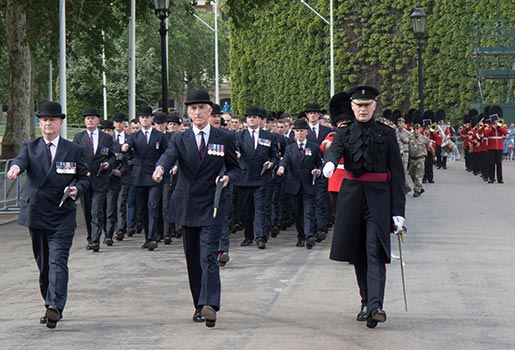 The Colonel of the Regiment is HM The Queen to whom the Colonelcy was returned in January 2022 from HRH Prince Andrew, Duke of York, who himself took over the role in late 2017 from his father, the late Prince Philip, Duke of Edinburgh KG KT, who had held the appointment since 1975.

On behalf of The Regimental Lieutenant Colonel, Major General James Bowder OBE, the day-to-day management of Regimental Headquarters is the responsibility of Major (Retired) James Gatehouse. He is assisted by Captain Ted Bennett and WO2(RQMS) Dwain Oliver.